As a college graduate from Northeastern University, Kudo quickly became a successful businessman and excelled in sales and marketing for Fortune 500 companies. During this time, Kudo’s active lifestyle also merged into the realm of professional sailing and competitive sports. One of his greatest sports accomplishments included sailing as a team member in the America’s Cup, as well as traveling nationwide at pro-level motor-cross competitions. After a severe injury ended his athletics career, Kudo moved to Miami Beach (FL) where he utilized his skills from business and entered into Real Estate industry. Here he quickly excelled in commercial and residential sales and development. It was during this time that Kudo’s path in life was set to become the most impactful and important phase.

As a devoted animal advocate, who grew up surrounded by animals, Kudo became a major donor to animal defense organizations, including the South Florida SPCA. It was here that he was also nominated to join as a board member and began volunteering on a regular basis. On one fateful day, whilst assisting on an investigation, Kudo’s path crossed with an emaciated horse who was seized from an illegal slaughter farm in Miami, FL. It wasn’t until after Kudo adopted the recently retired thoroughbred, Freedom’s Flight, that he came to learn of his painful history and revealed the horses lineage – a descendent of the famous racehorse, Secretariat. Learn More

This became the pinnacle of Kudo’s life purpose – to investigate, expose and derail a heinous animal cruelty industry that he has since titled – The Black Market Horse Meat Trade. Kudo devoted months on educating himself on slaughter farms, connections to the racing industry and animal cruelty that was occurring under every ones noses in the greater Miami area.

By day, Kudo continued his career in real estate, and by night he infiltrated illegal animal slaughter and animal fighting operations. Whilst with the SPCA, he started to investigate cases with law enforcement agencies on animal cruelty operations, until both he and the SPCA began to get death threats to cease their involvement. Thereafter, Kudo amicably departed ways with the SPCA, and in 2010 he made the bold decision to create Animal Recovery Mission (ARM). His vision was to formulate an organization that was outfitted solely to investigations that no other entity would take on.

Soon after the inception of ARM, Kudo’s sole investigations led to the execution of one of the largest joint tactical force operations that had ever been assembled in the history of the Florida. This is also considered to be the largest animal cruelty investigation in the USA. Operation Restore included 20 community, state, and federal agencies who raided a prominent area of illegal activity upon animals, locally known as the C9 basin. Over 75 illegal slaughterhouses, 17 illegal animal fighting operations, 20 horse slaughter rings and countless animal sacrifice farms were shut down and hundreds of arrests were made.

Nine years later, Kudo’s personal and career accomplishments have mounted to some of the most impressive and historical efforts inn the industry. Once a small non-profit, Kudo has now led ARM into a multi- faceted company that has become one of the most esteemed and impactful animal defense organizations in the world.

One of the biggest keys to ARM’s success is its ability to work closely with official departments, such as; State Attorney’s Offices, EEF, FBI, DEA, ICE, Sheriff’s office, local law enforcement and political leaders. Kudo also prides himself on not shying away from working against these departments if action isn’t taken.

Kudo has also been interviewed and featured for his achievements with ARM, in thousands of media arenas, including special investigative reports, documentaries and television reality shows. 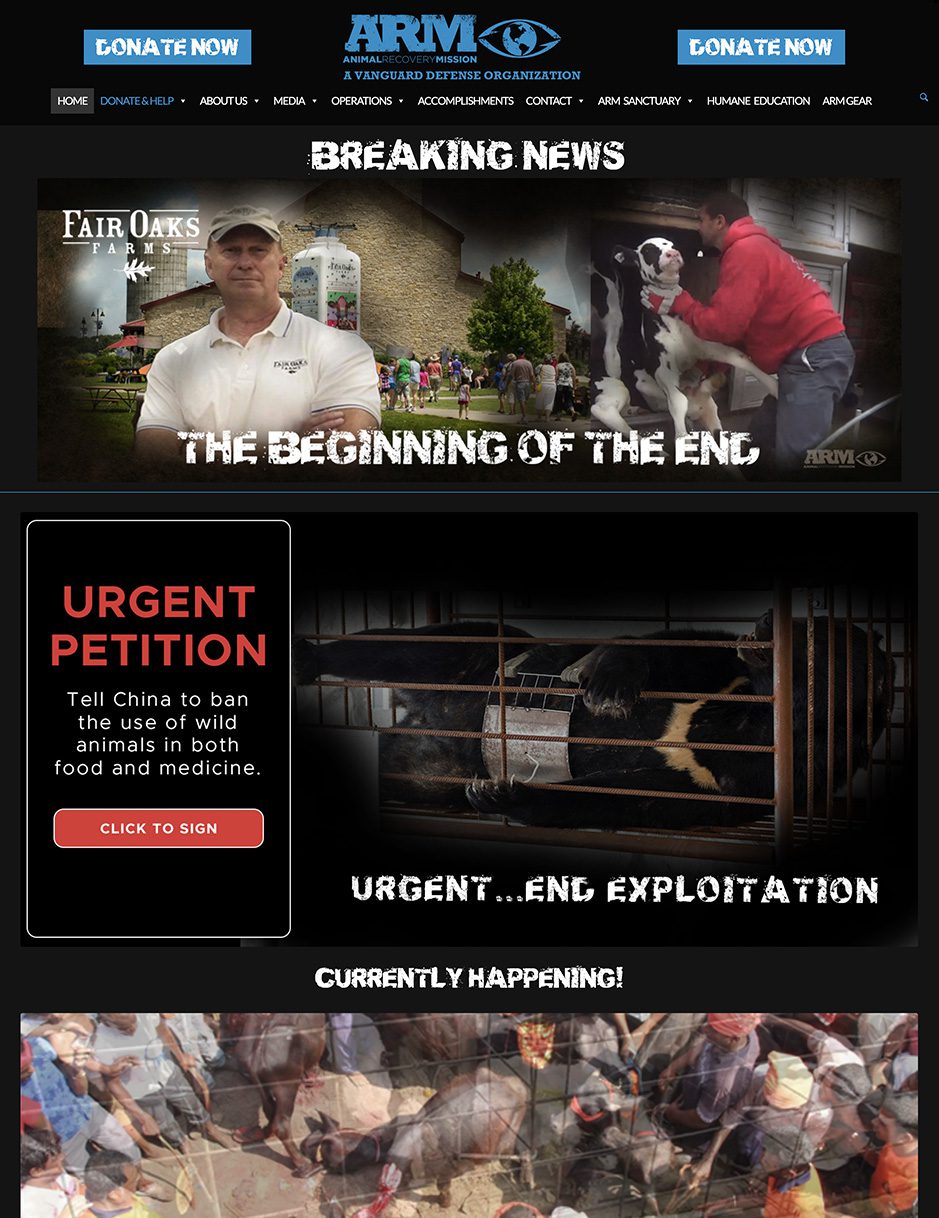