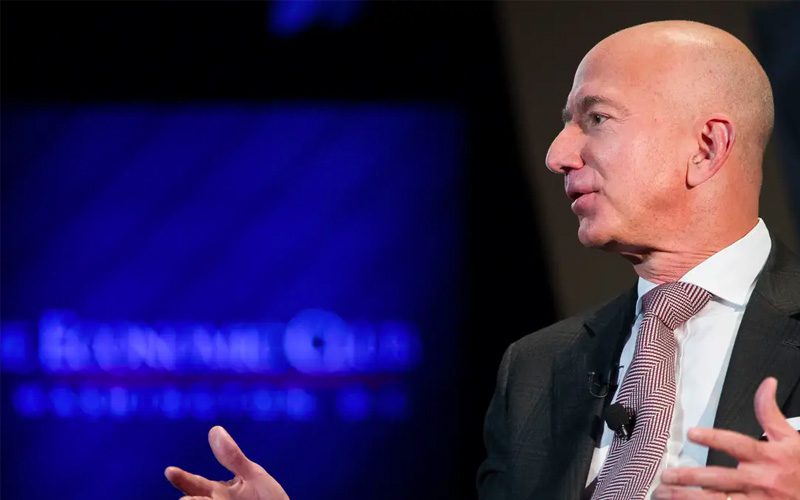 In this episode of the SoFlo Vegans Experience. Jeff Bezos launches a 10 Billion dollar Fund to fight Climate Change, the FDA allows animals tested in labs to retire at sanctuaries, Robby and Cyrus from Mastering Diabetes stop by to talk about their new book, and Walt Disney World now offers 400 plant-based options.

SoFlo Vegans Experience lets you know what’s going on in the growing South Florida vegan community as well as covering some of the biggest headlines from around the globe. New episodes can be found exclusively on YouTube, Facebook, Linkedin and our website, soflovegans.com.

Vegan Pop is a segment where we focus on the top news and trendsetters in the growing vegan movement.

A new BBC documentary is going to show a behind the scenes look at Environmental Activist, Greta Thunberg. It follows her international campaign to bring light to the climate emergency. In 2018, Greta inspired millions with a one-person climate protest and “Fridays For Future” campaign. She’s gone on to become a global icon, being named TIME’s “Person of the Year” in 2019. In the documentary, we will see her meetings with scientists, politicians and business leaders, as well as seeing her journey into adult-hood as a 17-year-old. The BBC has not announced a launch date for the documentary as of now.

Soon to be World’s Second Richest Man and Amazon CEO, Jeff Bezos, commits to $10 billion dollars to fight climate change through the Bezos Earth Fund. He wrote that he wants to work alongside others both to amplify known ways and to explore new ways of fighting the devastating impact of climate change on this planet we all share. Funding is going towards scientists, activists, and NGOs, as well as any effort that offers a real possibility to help preserve and protect the natural world. The first batch of grant recipients will be announced this summer.

A report released by the USDA shows that over 780,000 primates, dogs and cats, along with tens of millions of rats, mice, fish, and birds were used in experiments in 2018. A little over 56,000 animals were in experiments without any pain relief.

After pressure from groups such as The White Coat Waste Project (WCW), The Food and Drug Administration enacted a policy that allows animals used in lab experiments to be adopted by shelters or sanctuaries after testing ends. Previously, all animals were euthanized. Healthy rabbits, guinea pigs, dogs, cats, and some farmed animals will now be able to retire.

We interviewed Cyrus and Robby from Mastering Diabetes for the SoFlo Vegans Podcast. This corresponds perfectly with the recent news that a new intervention called the NFI Protocol has been shown in studies to reverse type 2 diabetes in 84 percent of patients. These studies are peer-reviewed and accessible to doctors and will soon be available to the public.

In this clip Cyrus and Robby talk about their brand new book Mastering Diabetes: The Revolutionary Method to Reverse Insulin Resistance.

We would like to thank Robby and Cyrus for appearing on our podcast. You can catch our full episode that debuts this Friday by going to soflovegans.com/podcast. Be sure to subscribe and leave a review.

The New Vegan restaurant in Delray Beach is featured as one of the top 25 Black-Owned Restaurants that are redefining vegan food. This list was put out by VegNews and included other locations in New York, California, Texas, and Tennessee.

Kellogg’s owned vegetarian brand, MorningsStar Farms, is gearing up to launch a new vegan line called Incogmeato. Starting in March, the burgers will launch in the refrigerated meat case of Kroger, Meijer, Weis and select Albertsons and Safeway locations. Their product line includes plant-based burger patties, chik’n nuggets, and chik’n tenders. They are NOW announcing two types of pork products to add to their lineup. This includes the new soy-based Original Bratwurst and Italian Sausage. Last year, Morningstar announced it would transition its entire product portfolio to be vegan by 2021. This would spare more than 300 million egg whites annually.

California vegan brand, Alpha Foods, raises $28 million, led by investment firm AccelFoods. They currently offer 25 vegan products including pizza, nuggets, burgers, tamales, and crumbles at more than 9,000 stores nationwide. You can find Alpha Foods in Walmarts, Krogers, Wegmans, and Publix. The $28 million raised builds on a $7 million investment round that closed in March 2019.

There are now 400 more reasons to call Disney the happiest place on Earth. Walt Disney World in Orlando, Florida expanded its vegan options with more than 400 plant-based dishes. Many of the chefs went through retraining with their in-house flavor lab traveling to plant-based restaurants across the country to develop replacements for dairy and eggs. Disney is also going with the term plant-based instead of vegan because they see it as much more broadly appealing.

The Question of the Day is…

This is normally where I give you the question. This episode, we are switching things up. We want you to ask us a question. We are connected with countless experts in the vegan community and have an opportunity to get your questions answered. So, submit your questions on any topic related to veganism and answer one of your questions on this program. The question could be answered by a member of our team or even one of our podcast guests. As a special bonus, if your question is selected, you will also win some cool items.