6 Animal Cruelty Laws in Florida You NEED to Know Animal cruelty is a worldwide issue that can often be difficult to identify. Shockingly, more than 10 million animals perish from abuse yearly in the United States alone. Moreover, this number is solely based on the animal cruelty cases that are reported, whereas most of the cases go unreported.

Each state has laws forbidding cruelty against animals and all of them include felony charges. In this article, we’ve summarized the most important animal cruelty laws in Florida that you should be aware of. We’ve also provided more information on the topic that you can use to try to understand and prevent animal abuse from happening. 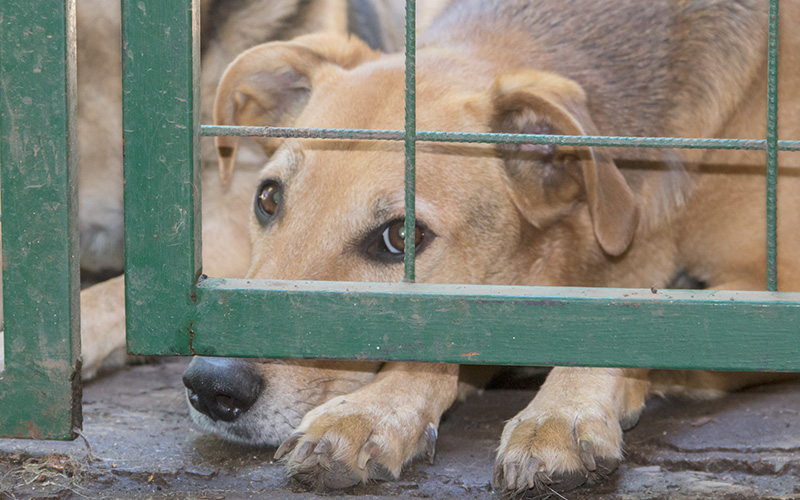 What Is Animal Cruelty?

In simpler words, animal cruelty is causing harm to animals intentionally or by neglect. It is an umbrella term for inhumane acts against animals that include starving, torturing, poisoning, maiming, mutilating, hoarding, killing, or hurting them for food, sport, or entertainment. Animal cruelty includes not only evident brutal acts such as killing or physically hurting animals, but also discreet acts such as not caring for pets responsibly, not providing them proper food, water, and shelter.

Here are the important laws included in the animal cruelty Florida Statutes that offer protection to animals.

Hurting or neglecting a pet is animal cruelty in Florida. A person commits a misdemeanor of the first degree if they intentionally torment, unnecessarily mutilate, or kill their pet. Depriving the animal of proper food, drink, or shelter, is a part of this misdemeanor.

The owner is also not supposed to transport the pet in a cruel and inhumane way. The animal cruelty laws in Florida about dogs in cars ensures the safety of animals while traveling. When pet owners don’t take precautions to ensure their pet’s safety in a car, they can put the animal’s life in danger and face legal consequences for it.

Any action or neglect that causes an animal undue pain or suffering is animal cruelty unless done in the interest of medical science. A person commits a felony of the third degree if they intentionally hurt an animal, or own any animal and fail to act, which results in cruel death, or excessive pain or suffering.

Along with the other criminal penalties, the person who’s found guilty can be prohibited from having pets for some time. They also have to attend psychological counseling or go through anger management treatment in addition to paying the fine. Consecutive offenses and more serious types of cruelty can lead to jail time.

Pets should be confined with enough good food and water, a change of air, and room to exercise. Furthermore, if the animal is sick or maimed, it should not be left to die, suffer injury, or malnutrition. A violation of these conditions is a misdemeanor.

This animal abandonment law in Florida makes it illegal to abandon a pet without proper care, food, water, protection, or shelter in a street or public place.

This animal abuse law in Florida states that when a pet animal is abused or neglected, the law enforcement officers, animal control officers, or agents of the local human society may take custody of that animal. The owner is entitled to a hearing, where the court will decide if the owner is capable of properly caring for the animal and regaining custody.

In Florida, it is a first-degree misdemeanor to put poison in common areas such as a street, alley, lane, yard, or any place other than your own property.

What to Do if You Witness an Animal Being Abused?

If you witness an animal being abused or suspect cruelty, it’s crucial to report it. Call your local animal control agency or dial 9-1-1 as soon as possible. The agency is required to investigate when you report alleged animal cruelty. Try to document the abuse in detail if you can and note the dates, times, and any specific details. Photos or videos can also be helpful in the investigation. But please be careful while doing so, don’t put yourself in danger. PETA also suggests that if you personally witness animal abuse, you can directly contact your local magistrate or police officer and request a warrant to take the abuser to court.

Remember, even though you might not be the one abusing the animal, turning a blind eye to it is just as bad. 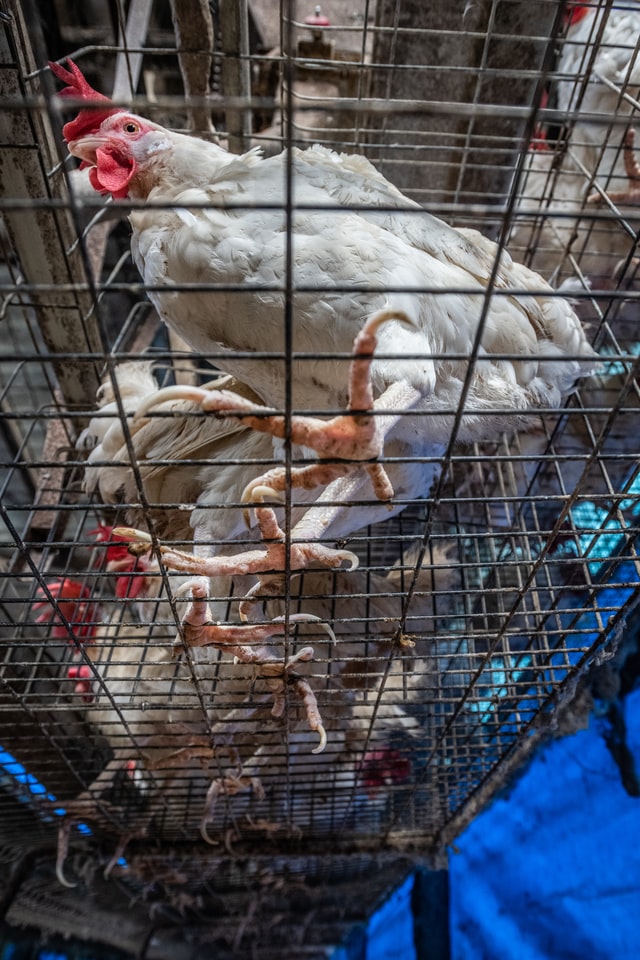 How to Prevent Animal Abuse?

Here are some of the ways you can prevent animal abuse.

1.   Adopting or Fostering a Pet

There are so many animals available for adoption. If you have the time and resources, consider adopting a pet from the shelter. Adopting and properly caring for a pet, directly improves its life. It also helps in discouraging dog breeding factories where dogs are kept in poor conditions, bred repeatedly, and often abandoned or killed if unable to breed. If adoption isn’t possible, you can opt to foster an animal. Many shelters have programs that allow you to foster an animal until it finds a permanent home.

There are various organizations that are dedicated to preventing animal abuse and neglect. You can always donate money, toys, food, blankets, and other necessities to help make an immediate impact on the animals in these shelters. These non-profit organizations depend on donations from kind-hearted people like you.

According to research, children who are cruel to animals often grow up to abuse humans too. As parents, it is your responsibility to guide children and teach them to treat animals with kindness. Be a role model to them by being kind to your pets and stray animals. Taking kids with you when you volunteer is a great way to ingrain the virtue of kindness in them.

4.   Turning to Veganism or a Vegetarian Diet

One of the best ways to curb animal cruelty is by going vegan or vegetarian. When you refuse to pay for animal products, you automatically reduce their demand, meaning, fewer animals suffer and die on farms and in slaughterhouses. By choosing veganism, you take a stand against cruelty and mass exploitation of animals. We talk more about this below.

How Can Turning Vegan Help in Stopping Animal Cruelty?

The majority of animals that are slaughtered for food are raised on factory farms with horrible conditions including cramped and unsanitary quarters, lack of daylight, and disease-causing bacteria. Some of these animals are slaughtered at just a few months or weeks old. Livestock like cows, pigs, and chickens are capable of experiencing feelings and deserve a long and happy life just like humans.

Vegans refrain from eating meat, and food that contains animal byproducts like milk and honey. Going vegan is a great decision you can make to do your part in stopping animal cruelty. Contrary to popular belief, it is possible to meet all your nutritional requirements, even as infants and children, while maintaining a vegan diet. Besides, it has proven to be good for humans since it reduces the risk of many chronic illnesses and conditions like cancer, heart disease, hypertension, obesity, and diabetes.

SoFlo Vegans hosts numerous events to make the vegan experience in Southern Florida more fun and enriching. Check out our event calendar to stay in the loop.

Instances of animal cruelty are in abundance in our society. The above-mentioned animal cruelty laws in Florida are only useful when enforced, which is why animals rely on us to protect them by reporting animal cruelty. It’s important to understand that co-existence and harmony between humans and animals is what keeps the balance of our planet.

We’re doing our part in supporting animal protection by providing media coverage, special events, and content that supports the vegan community. We also actively promote and raise money for non-profit organizations. You can contribute to the cause by joining our membership that has a growing list of benefits.

For more details on animal cruelty laws in Florida, or to get in touch with a Florida animal cruelty defense attorney, you can contact Goldman Wetzel, R. P Foley, Valrico Law Group, or The Herbst Firm.

These lawyers are concerned with legal cases and conflicts related to contaminated pet food products, veterinary malpractice, pet custody, or any other legal matters involving animals. 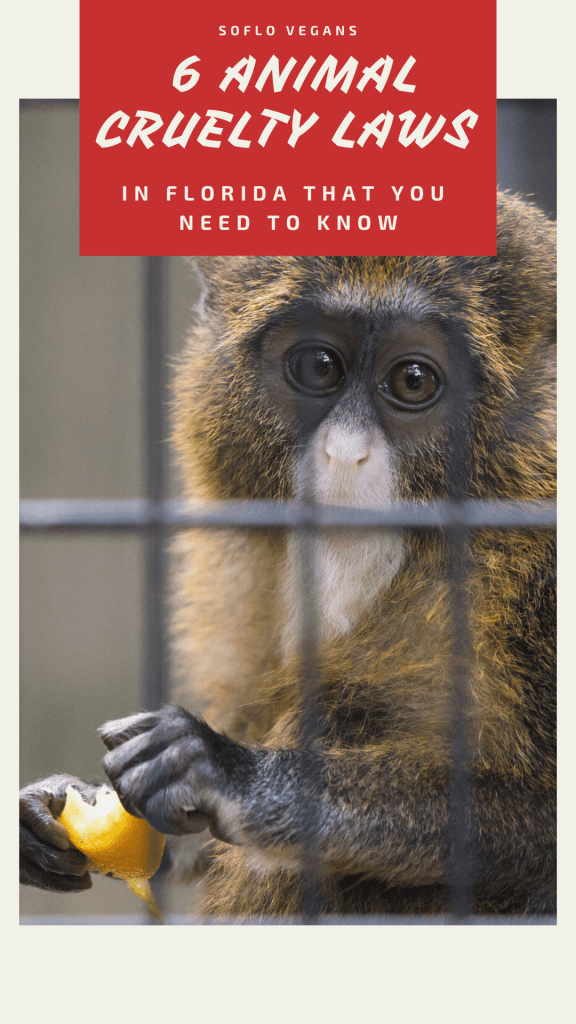