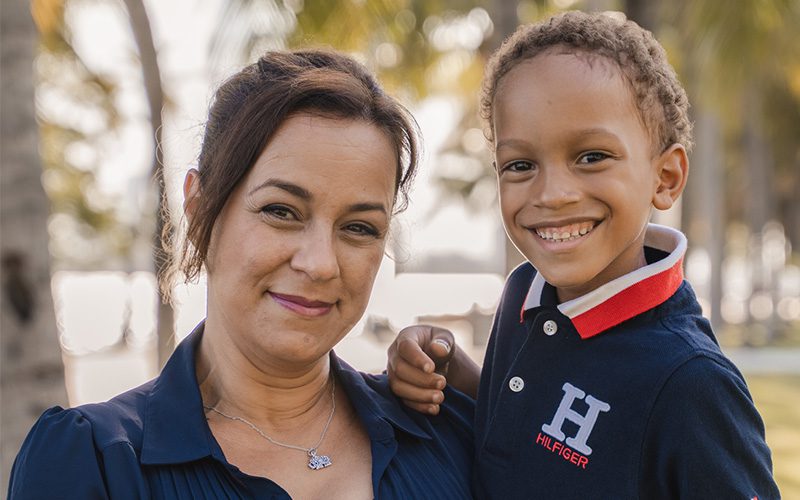 What inspired you to run for Miami Beach Commissioner?

I have been in service most of my adult life. First by becoming a soldier in the CT Army National Guard (1993-1999), then by serving as the President of my Condo Association for 8 years, as a member of the PTA at my son’s school, and more recently as an appointee to the City of Miami Beach’s Personnel Board, so I believe that the need to be of service runs through my veins. But in this case, it’s more than that. I have been a homeowner for 11 years in the Flamingo Park neighborhood of South Beach and I’ve watched our city, and my neighborhood, transform into something I don’t like. Commercial interests have taken a front seat to quality of life and health concerns. I see our City being sold from under us to developers while our beaches and our Bay become increasingly polluted and I think it’s time to switch gears and shift our focus towards resiliency, responsible development, addressing sea level rise and treating our beaches with respect. I decided to run for this position because I honestly feel that we need someone like me, a vegan, who truly wants nothing but to ”do the least harm” and the most good with every decision.

What role did being vegan play in this decision?

As I mentioned above, my mentality of “do the least harm” is a direct result of being vegan. Being vegan has opened my eyes to all of the injustice in the world, almost too much. I say that because, as I’m sure most vegans can relate, there’s just so much violence around us, and yet most people are so complacent that it’s hard to watch. It can have the effect of making one feel overwhelmed and helpless at times. So being vegan motivated me to fight and since I have a degree in Urban Studies I decided that I need to “be the change” (excuse the cliché), and the best way to accomplish that is by getting politically involved. To me, the most effective way to spread the word is to lead by example and hopefully change some hearts and minds along the way and motivate others to make the change.

Tell us about your vegan journey.

I was a vegetarian in my late 20’s for 3 years but then I started to travel a lot for work in Eastern Europe and gradually returned to eating meat because (please forgive me) it was hard to find options- and I really didn’t know much about balanced eating so I just returned to my learned behavior. It all really changed for me when I had my son. As he grew from infancy into being a toddler and his dietary needs changed, suddenly I found myself uncomfortable with this notion of giving my son dead flesh (and suffering) and I also noticed that he didn’t exactly take to it very well. He was much happier with fruits and grains and so I decided to really start researching meat and learned about all of the horrible “stuff” in it- not to mention the misery. I watched a few documentaries like “What the Health” and “Cowspiracy” and that was all it took for me. I made the connection. I immediately cut out all meat and quickly taught myself to “veganiz” my meals and learn new ways of cooking. It was an amazing decision. Suddenly food took on a whole new role in my life and I was so relieved and happy with every meal. It literally felt like a dark veil had been lifted from my life.

What has been your biggest challenge so far in the race to become a Miami Beach Commisioner?

So far, to be 100% honest, it has been navigating through the political circles that have been here long before me and recognizing that when you’re up against a political machine all you can do is work hard! I have been knocking on doors for 5 months and attending every event I can to meet residents and listen to their concerns, and that has been a truly amazing experience. I have a whole new level of love and appreciation for my city’s culture and its people and I have received so much love and appreciation in return. No matter what the outcome, this has been a winning experience for me. And the fact that I’m a vegan running for office and that it comes up quite often is even better because almost everyone who comes into contact with me as to at least think about it, right? So there you have it, seed planted!

What changes will you implement a commissioner?

I will shift our focus form reckless over-development to sustainable and responsible land development. We don’t need any more high-rises, what we need is to invest in our current infrastructure and deal with flood mitigation, sea level rise, clean water and clean beach issues, crime, traffic, construction, and our overall quality of life.

In respect to veganism, I will advocate for the inclusion of vegan options in all commercial/tourist developments and identify opportunities to host events that educate our community about the harms of animal farming and its impact on the environment- something we are all too often victims of here in South Florida. I will also fight to have our City recognize the rights of vegans when hosting public/special events by offering vegan meal options. It’s time we start making veganism part of the “norm” and these steps will serve us well in reaching that goal.

Tell us about your background in politics and why would you make an ideal candidate for this position?

I’m not a politician, I’m just a concerned resident with a background in Urban Studies and a 22-year history as a business owner. I offer a fresh perspective, not tainted by special interests and big money donors. I’m a Mom, resident, homeowner and a concerned resident that wants to positively change the direction our city is going in and raise consciousness on every level possible.

What advice would you like to share with someone looking to run for local office to help support the vegan movement?

I would suggest that they be upfront from day one. Don’t be shy, don’t be pushy either, just be! When people ask me why I’m vegan I tell them this: “for the animals, for the planet, and for my body and soul”, that kind of says it all. Lastly, don’t respond with judgement, but instead with love and compassion.

What is the best way for people to lend their support and contact you?

To register to volunteer please visit my website at www.VoteRaquelPacheco.com

I could use some volunteers to help me at the polling stations starting on October 21st (early voting) and would love to have some company on the bridges as I stand there waving at residents too.

Lastly, monetary donations are also needed and highly appreciated. Any amount helps. I’m depending entirely on individual donations from residents not corporations or special interest groups.