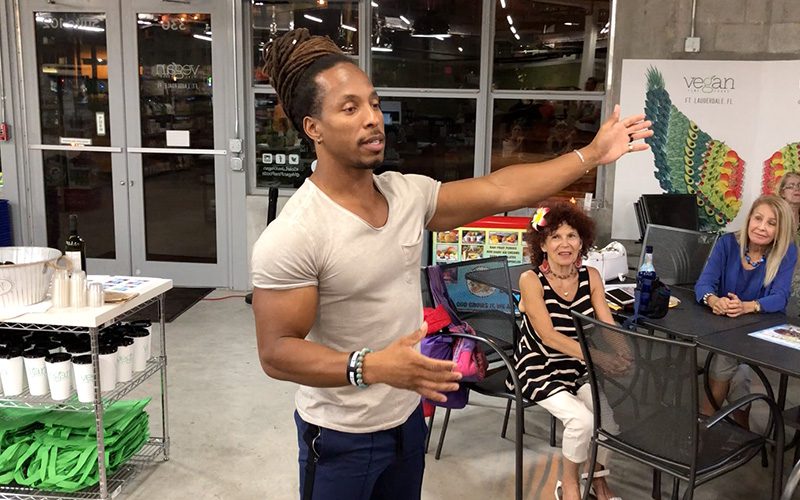 Torre Washington Talks About Fitness and Nutrition at Vegan Fine Foods as part of our August 2018 SoFlo Vegans Unite event.

Since a very young age, Torre Washington has been fascinated with how things worked and how they were created. He would take things apart to see if he could re-assemble them and have them work as if he never took them apart. This was the beginning of the engineer that wanted to design a great physique. Having studied the physiques of Arnold Schwarzenegger, the bodybuilders of that era, and the comic book characters such as superman and wolverine, Torre started sculpting his body with a dumbbell and a bench. Some years later he acquired a degree in engineering, but his passion for sculpting physiques never faded, it rather strengthened when he witnessed his friend compete and win in 2009. Torre’s passion drove him to have the courage to start learning about bodybuilding and begin competing. He took a great leap of faith to pursue my dream to become one of the fitness greats and share my gift with the world.

Join us at our next SoFlo Vegans Unite Event