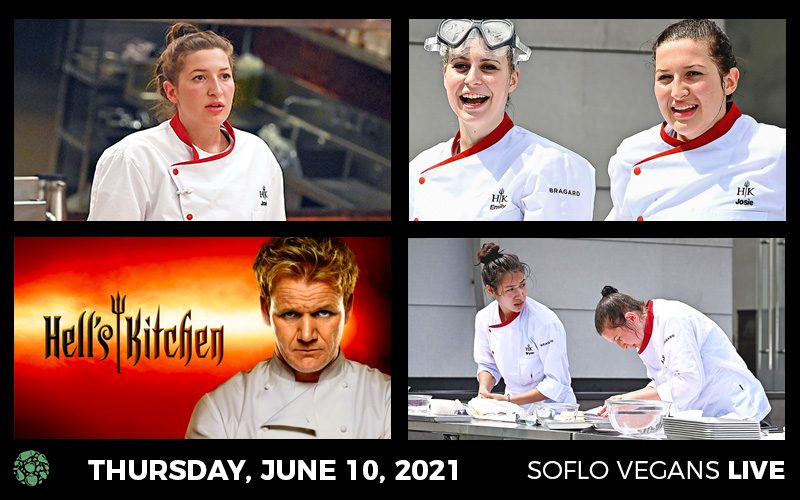 Join us for a LIVE interview with Josie Clemens, the first vegan chef EVER to participate on Hell’s Kitchen. Participate in our LIVE audience to ask questions, share your comments, and connect with other community members.

Now 20 seasons in, the latest group of cooking hopefuls taking to the kitchen includes the show’s very first vegan contestant! Josie Clemens, a 24-year-old vegan chef from Michigan, is in the lineup of 18 new cooks for the season dubbed “young guns” as all chefs were 23 or younger at the start of the competition. The contestants will face off each week creating drool-worthy, Insta-ready food, with new life and energy that only a bunch of fired-up GenZ chefs can bring. Josie will bring her plant-based skills and beliefs to the kitchen, competing against her peers for the top prize.

Josie is living in LA at the moment and in August of this year, she is starting her first European tour giving workshops, talks, events, and TV appearances.