Earthling Ed Shares His Vision for a Vegan World 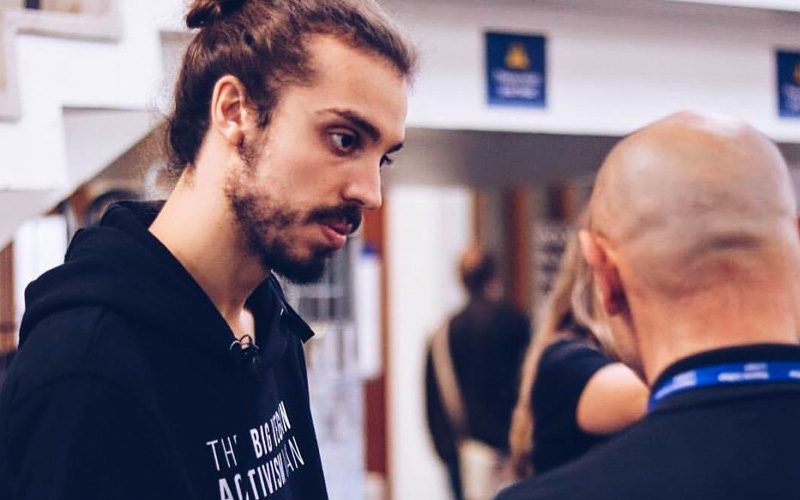 Earthling Ed shares his vision for a vegan world and comments on lab-based meats. This is a clip from our first episode of the SoFlo Vegans Podcast that we did with Ed back in April 2018.

Watch the full video by becoming a Patreon supporter

Watch new episodes of SoFlo Vegans exclusively on our YouTube channel days before they are released anywhere else. This includes podcasts and footage from past and future events. Subscribe to our YouTube channel to see these clips before anyone else.

Ed Winters is a vegan educator, public speaker and content creator based in London, England. Winters is the co-founder and co-director of Surge, an animal rights organization determined to create a world where compassion towards all non-human animals is the norm. In 2016 Surge founded The Official Animal Rights March which succeeded in a growth from 2,500 participants in London in 2016 to 41,000 participants across the world in 2019. In 2017 Winters produced the documentary Land of Hope and Glory and launched The Big Vegan Activism Van. He has spoken at over 1/3 of UK universities and at 6 Ivy league colleges, including as a guest lecturer at Harvard University in April 2019. He has given speeches across the world, including two TEDx talks in early 2019.

In October 2018 Winters opened Unity Diner, a non-profit vegan diner in London where all of the profits go directly back into helping animals. He launched The Disclosure Podcast in 2019.

In a twelve month period 33,248 people signed up to go vegan through Earthling Ed’s online content.