Cory Booker Ends His Bid for the Presidency 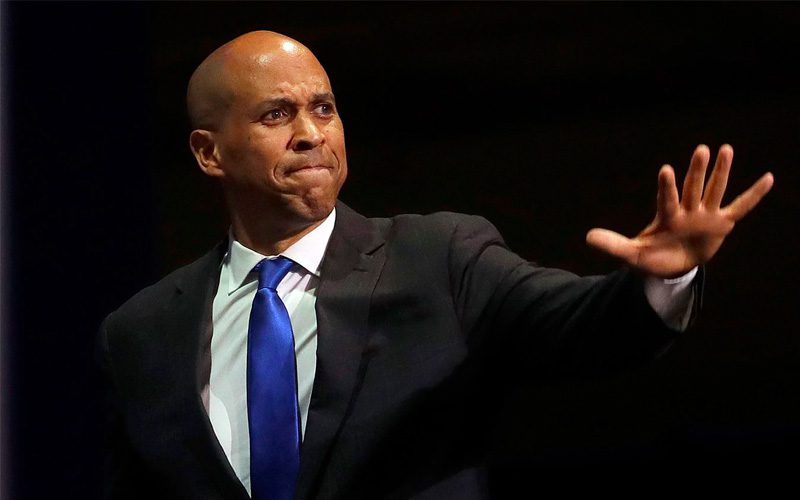 Cory Booker ends his presidential run, Earthling Ed shares his thoughts on lab-grown meat, I take one giant step into the world of Whole Food Plant-Based, Impossible Foods and Beyond Meat save animals lives and America’s Vegan Team continues their Cinderella journey. All this and more on the SoFlo Vegans Experience.

SoFlo Vegans Experience lets you know what’s going on in the growing South Florida vegan community as well as covering some of the biggest headlines around the globe. New episodes are released on Tuesday and can be found on YouTube and our website, soflovegans.com.

On Monday, January 13, New Jersey Senator and long-time vegan, Cory Booker announced he will be ending his bid for the United States presidency. During his campaign, he didn’t shy away from speaking about the impacts of animal agriculture and found ways to bring veganism to a national stage. Before ending his candidacy, Senator Booker introduced his Animal Welfare Plan that if enacted, would ban cosmetic testing nationwide by 2025. He also proposed the Farm System Reform Act that aims to transition animal agriculture away from factory farming. Let’s hope that these seeds continue to grow with the candidate that eventually gets selected in the Democratic Primaries.

We had a chance to speak with Earthling Ed on our SoFlo Vegans Podcast. In this clip, Ed shares his thoughts on the growing popularity of lab-grown meats.

You can catch the full video of our interview by becoming a Patreon Supporter. The audio version is available by going to soflovegans.com/podcast.

I’m currently spending five days attending the NHA Balance Your Life Retreat in Deerfield, Florida where I get to listen to some of the top experts on living a Whole Food Plant-Based lifestyle. The retreat included talks by Dr. Michael Klaper, Brenda Davis, Dr. Frank Sabatino, Jayney Goddard, and Dr. Stephan Esser and is being hosted by Balance Your Life Retreat and the National Health Association. The Balance Your Life Retreat hosts these sort events throughout the year at the Wyndham Deerfield Beach Resort and is also one of only three retreats in the entire country that provides supervised water fasting. I’m personally excited to adopt a whole food plant-based lifestyle and share my successes and challenges with you all on this program. Stay tuned for more exciting interviews and content that will hopefully support you on your journey.

According to research by the animal welfare group, World Animal Protection, when meat-eating consumers purchase plant-based burgers and sausages at popular fast-food chains, fewer animals are being slaughtered for food. It is estimated that approximately 140,000 pigs and 110,000 cows are saved from slaughter annually.

We’ve even seen what the rise in demand for alternatives can do to entire industries, with Dean Foods and Borden filing for bankruptcy with the rise of plant-based milk in the dairy industry. I’ve personally started a transition into a more Whole Food Plant-Based diet, so eating these products isn’t ideal for my lifestyle, and I appreciate it being available for meat-eaters to gain exposure to alternatives.

Currently, Impossible Foods can be found at Burger King, Fatburger, White Castle, and Red Robin. Beyond Meat’s vegan products are available at Dunkin, Denny’s, Subway, Del Taco, and TGI Friday. This list is rapidly changing with some major stadiums and theme parks also carrying these alternatives.

In our last episode, we announced that the Tennessee Titans upset the defending Super Bowl Champions, the New England Patriots, in a 20 to 13 Wild Card Round win. We are excited to announce that they also beat The Baltimore Raven 28 to 12. This brings them one step closer to the Super Bowl in Miami. Their next opponents are the Kansas City Chiefs for the AFC Championships. Some are calling their run a Cinderella story with Kansas City being picked as a 7.5 point favorite to win. Whatever the outcome, I am excited to be able to root for a team in this year’s Super Bowl, especially as the Dolphins prepare for an exciting run in the new season.

What are your thoughts on Impossible and Beyond Meat products? This is a divisive topic in the vegan community so we are interested in hearing your thoughts.

Post in the comments below and we may pick you to win a Vegan Flag bracelet. Remember new episodes of SoFlo Vegans Experience drop on Tuesday. So, subscribe, click that notifications icon and we will see you next time.